Home » blog » What are the best Twitter alternatives for academics? 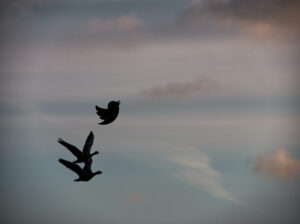 Now that Elon Musk is taking Twitter in a different direction, what is the social media platform for academics in a post-Twitter world? – #AcademicTwitter #TwitterMigration

Twitter has long been a favourite social network for academics, with the hashtags #AcademicTwitter and #AcademicChatter.

After what could understatedly be described as a turbulent time for Twitter users, many users are wondering what to do and, more pointedly, which Twitter alternative to try in a post-Elon-Musk-owned Twitter world. With Musk thinking about unbanning Donald Trump, proposing to charge $20/month for a blue “verified” checkmark, and retweeting conspiracy theories, it is unsurprising that so many in the academic community, especially those frequenting #academia, are looking for a new place to interact with their colleagues.

New forms of social media have been popping up in recent years; a lot being created for or coopted by Right or far-Right groups. However, more recently, sites targetted for the politically Moderate or Left have been gaining some traction. These previously niche social networks have suddenly been thrown into the spotlight. Might one of these prove a new home for the academics of Twitter?

Founded by Omar Rivero, who additionally cofounded Occupy Democrats, Tribel poses itself as an “innovative pro-democracy Twitter alternative that’s free of hatred & fake news”. Unfortunately, the network has failed to generate much influence, and has been plagued by abusive posts from some users that the owners are struggling to or seem reluctant to police.

Counter Social has been live since 2017, founded by “The Jester”, an American hacker. Like Tribel, it aims to create a social media without trolls, abuse, and with a particular focus on warding off the effects of foreign influence, as you can see on its well-documented list of protective integrations.

No Trolls. No Abuse. No Ads. No Fake News. No Foreign Influence Ops.

Part of this dedication to protect against this influence is to controversially bar several countries from the service entirely (Russia, China, Iran, North Korea, Pakistan, and Syria).

The issue many coming from Twitter may have is how radically different the interface is, making for a bit of a learning curve if you want to make the most of this service.

Similar to: Tweetdeck, Twitter’s own dashboard application which allows you to view several accounts or hashtags at once in a column layout.

Mastodon is both a social network, and a framework to build social networks on (Counter Social is itself build on Mastodon’s open-source code, although Mastodon’s founder Eugen Rochko has disavowed CounterSocial).

In this way Mastodon is less like Twitter and more like Discord; a framework to set up communities to share content and communicate with. Although migrators from Twitter will surely appreciate the very familiar UI if you decide to use the web version of the service, and there are a whole host of apps, free and paid, to use the service on your smart devices or computers.

Mastodon’s strength is in being very decentralised, yet simultaneously commanding quite a presence online, with 496,000 users. Many more are joining after the fallout with Twitter, if their current reported issues with server outages due to overload are anything to go by.

How does Mastodon work?

It’s not all based on one website or server (also known as an ‘instance’). So which server should you sign up to? You’ll be able to access messages from any other server, but it’s worth considering which one might be the best fit, as you’ll have easier access to its messages.

Which social network will academics choose?

With everything in flux, everyone is trying out the other social networks to see which one feels like home, and keeping an eye on developments at Twitter.

It’s also worth keeping an eye on Bluesky, set up by Twitter founder Jack Dorsey as another decentralised social media network.

Overall, Mastodon seems like the best place to head for academics who are wanting to migrate from the increasingly troublesome Twitter bubble, though it has a learning curve and might take some getting used to.

While you’re here, have a look at the services Pixelshrink Digital Impact provides for academic research projects.

If you have found this article useful, please use these social sharing buttons and share this article to LinkedIn. Thanks very much!
FacebookTweetLinkedInPinEmail

More from the blog

Now that Elon Musk is taking Twitter in a different direction, what is the social media platform for academics in …
Read More

It’s important to add references to give credit to your sources, but what’s the most effective way to cite sources …
Read More

Who is Cloudflare and did they break the internet?

Cloudflare provides services for a lot of major websites. If they have an outage, does that affect yours? …
Read More
Share this ArticleLike this article? Email it to a friend!
Email sent!